Focus on the Victory, not the Loss 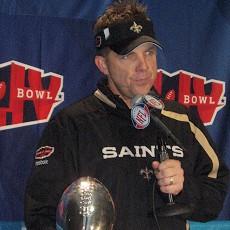 Working with corporate America during the Down economy, I’ve noticed that many managers have stopped playing to win and started playing to limit their losses. While recessions can be frightening, negative goals rarely, if ever, lead to positive results.

Now that football season is in full swing, I am reminded of one of the most vivid examples of “playing to win” in Super Bowl history.

In Super Bowl XLIV, the New Orleans Saints faced long odds at halftime. Already the underdogs, they were down by four points at halftime. To make matters worse, the Saints were scheduled to kickoff to the favored Indianapolis Colts, giving the ball to their vaunted offense to start the second half.

At that critical juncture, New Orleans’ head coach boldly made the decision to be proactive, to play for the win. He called for an onside kick in the hopes of recovering the ball and the momentum.

As Sean Payton knew, playing to win means understanding potential problems and obstacles, avoiding unnecessary risks, and at the same time, pursing opportunities for success. What appeared to be a very risky gamble to many was actually an exercise in focused optimism and farsighted faith. He had assessed the risks and the costs and still saw an opportunity for victory.

He knew that the probability for the recovery of a surprise onside kick is actually quite high (about 60%). He also knew that the Colts were probably just as likely to score whether they received the ball in their own territory or the Saints’. He laid the groundwork for his success by getting the support of his defense – they would need to stop the Colts if his plan failed – for the call and explaining his plan to the referee, so the officials would be prepared for it.

He understood that if the plan failed, he would be blamed, perhaps ultimately for costing his team a championship. But he knew that the real risks were to his own reputation and not to his team’s chances for success. He went for it, his team recovered the ball and the momentum, and the Saints went on to win the Super Bowl. His decision is now hailed as the boldest in Super Bowl history. However, his boldness rested on his understanding of his team’s situation and the relevant data concerning the risks. It was a calculated risk based on credible evidence. In this case, playing to win may have seemed very risky, but he knew that playing not to lose was even riskier.