Jim Koch and Samuel Adams do The Fred Factor on a large scale. 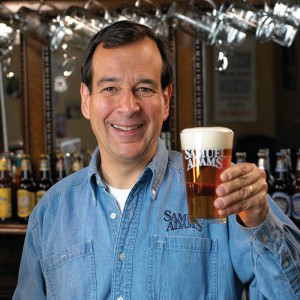 Jim Koch cofounded the Samuel Adams brewing company in 1984 and in a short time built it to be one of the leading American beer brands and a bona fide entrepreneurial success story. Sam Adams is now a half-a-billion dollar a year business and one of the two largest American-owned beer makers.

Koch and company introduced a craft beer just when the market for craft beer began to explode. They’ve managed and marketed their brand smartly and profited handsomely. Their success is remarkable in light of the fact that the first batch of beer was brewed in Koch’s kitchen.

But that’s not necessarily “business as unusual.”

What is unusual and extraordinary is what Koch and Samuel Adams are doing with their success: they are using it to help launch and incubate new, start-up, small businesses. With a program that embodies the “Fred Factor” spirit – making a difference, building success on relationships, creating value for others, developing other “Freds” – Sam Adams is mentoring and financing small businesses across the country that hope to emulate Koch’s success.

Together with lender Accion, Sam Adams has launched the Brewing the American Dream program. It provides micro-loans, and, perhaps more importantly, advice, guidance, and mentoring to entrepreneurs starting new businesses. Koch and his employees lend their expertise person-to-person and in “speed coaching” events around the country.

In part, Brewing the American Dream is Sam Adams’ way of giving back. But equally important: it’s good business. For one, consumers increasingly respond to “cause marketing” and helping small businesses and creating jobs is a “cause” that everyone can relate to in this economy.

But more than that, the program builds relationships that benefit Sam Adams. Program participants have promoted or used the breweries products in their own businesses, not to mention the great deal of good will generated.

Finally, Koch’s employees gain from the extensive interaction with struggling startups, helping them to solve their problems and learning a lot themselves in the process.

The program is a win-win for all concerned. It’s business as unusual but it shouldn’t be. One of the responsibilities that comes with success is leadership: to find others to follow in your footsteps, to reward them for their efforts, to educate and mentor them and show them the way to their own success. In this case, business as unusual strikes me as business according to Fred

The Gift that Taught Me Something New About Selling
June 29, 2021
Cart
Search the Site
Leadership Lessons Newsletter