The term virtual reality might seem ultra-modern in our technology-driven culture, but it’s not just about using computer software to create three-dimensional experiences that look, feel, and sound like the real thing. The roots of virtual reality, in fact, go back about 60 years to a team of “imagineers” who helped develop Disneyland.

When Disneyland opened in 1955, it transported visitors into a virtual world that they could see, feel, hear, touch, and taste. As the sign says at the entrance to the park, “Here You Leave Today, and Enter the World of Yesterday, Tomorrow and Fantasy.” The imagineers created something so distinctive that it transformed the theme park industry, and current imagineers continue to keep Disneyland on the cutting edge when it comes to creating value through virtual realities. 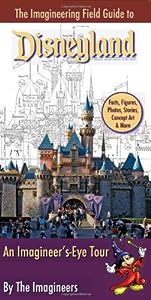 The Imagineering Field Guide to Disneyland (Disney Editions, 2008) lists eight basic principles of imagineering, including what the imagineers call “plussing.” It was born from Walt Disney’s “penchant for always trying to make an idea better. Imagineers are continually trying to plus work, even after it’s ‘finished.’”

That’s exactly what we need to do with the value we create if we want to survive the storms that come our way and maintain the success we achieve. We have to continually innovate — improve our value — because status quo is a myth. Instead of settling for “best practice,” we have to strive for “next practices.” That includes the processes we use in our work and the distinctive value we create for the products and services we provide.

Value equals expectations plus education plus something extra, or V=E+E+SE. Disney creates value that’s filled with “something extras,” and its “best practices” are almost always ahead of those of its competition. It operates in the sphere of “next practices.”

When you look at your life — your work world and your personal world — as well as your organization, what is your something extra? What’s your distinctive?